The Mirror Man
Available wherever books are sold 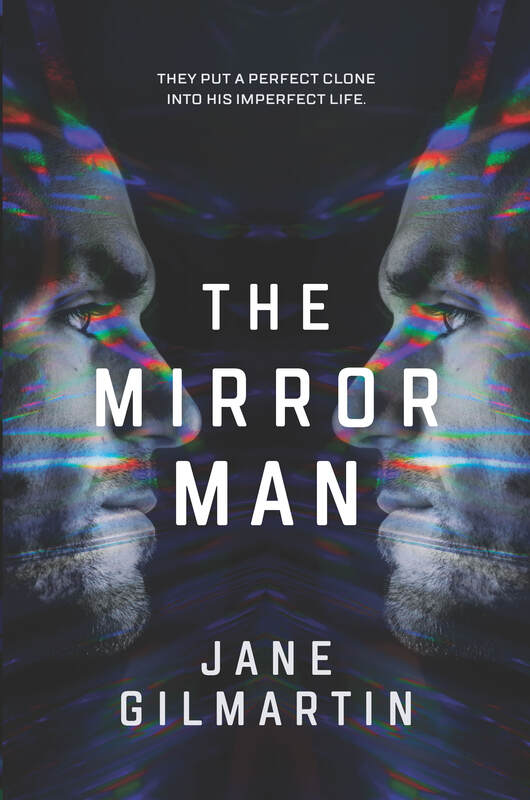 
​​​Meet Jeremiah Adams. There are two of him.

The offer is too tempting: be part of a scientific breakthrough, step out of his life for a year, and be paid hugely for it. When ViMed Pharmaceuticals asks Jeremiah to be part of an illegal cloning experiment, he sees it as a break from an existence he feels disconnected from. No one will know he’s been replaced—not the son who ignores him, not his increasingly distant wife—since a revolutionary drug called Meld can transfer his consciousness and memories to his copy.

From a luxurious apartment, he watches the clone navigate his day-to-day life. But soon Jeremiah discovers that examining himself from an outsider’s perspective isn’t what he thought it would be, and he watches in horror as “his” life spirals out of control. ViMed needs the experiment to succeed—they won’t call it off, and are prepared to remove any obstacle. With his family in danger, Jeremiah needs to finally find the courage to face himself head-on.

Early praise for The Mirror Man:

“A cloning story that is both profound and artfully contained. Claustrophobic and disturbingly intimate. Simply brilliant." —Sylvain Neuvel, bestselling author of The Themis Files trilogy


“An incredible debut, fascinating in concept with characters that grip you from the get-go. A timely and touching novel. I'm looking forward to every new book this author pens!” --New York Times bestselling author Heather Graham


"THE MIRROR MAN, by Jane Gilmartin, seems, at first reading, to be a very original and beautifully executed thriller about an ordinary 'corporate guy' who agrees to have himself cloned, and who then allows the clone—who (or which?), thanks to an experimental drug called Meld, has become his twin in every way—to be reinserted into his unsuspecting family as a trial run for a drug that, if certified safe, will revolutionize the medical universe. And, not peripherally, make the corporation—and the dangerous man who owns it—wildly, madly wealthy.
In less sure hands, we would still have a first-rate science-based thriller that cries out to be a film. But Jane Gilmartin has a deeper game to play here, and that is a very subtle and ultimately gripping examination of what it means to be human, and of what stuff is the human soul really made.
As the protagonist watches his clone move through his former life, the very act of observation raises powerful and fascinating questions about who we are, what made us that way, and what, if any, are the chances of redemption for all of us here in this Fallen World. A complex, subtle, intelligent and ultimately illuminating look at life, love, and destiny. Beautifully done, Ms. Gilmartin." --New York Times bestselling author Carsten Stroud


“A remarkable debut…Great concept and brilliantly executed.” --John Marrs, international bestselling author of The One

"Part Twilight Zone episode and part medical thriller, The Mirror Man seamlessly weaves together clones and family for a fascinating story about the lies we tell ourselves—and what we might do with second chances. Tense, poignant, and frequently funny, Gilmartin's debut waxes lyrical on the human condition while racing to an unforgettable finish." —Mike Chen, author of A Beginning at the End